Dr. Isaiah (Ike) Wilson III (Colonel, U.S. Army, Retired) is a full professor of political science and currently serves as President of the Joint Special Operations University (JSOU). He is a professor of practice at Arizona State University (ASU), an International Security Fellow with New America, and a Life Member of the Council on Foreign Relations. He has multiple combat tours in Iraq and Afghanistan, extensive operational experience, and has published numerous books, chapters, essays, and articles including a 2007 (2013 2nd ed.) monograph Thinking beyond War: Civil-Military Relations and Why America Fails to Win the Peace. He has served on the faculty of, and taught at, several top universities bothcivilian academic and JPME, including the National War College, Yale University, George Washington University, and the United States Military Academy (West Point), where he served as Professor & Director of American Politics, Policy, and Strategy in the Department of Social Sciences and founded the West Point Grand Strategy Program. He holds a B.S. in International Relations (USMA), an M.P.A., M.A. and Ph.D. from Cornell University, and two M.M.A.S degrees from the U.S. Army Command & General Staff College and School of Advanced Military Studies. 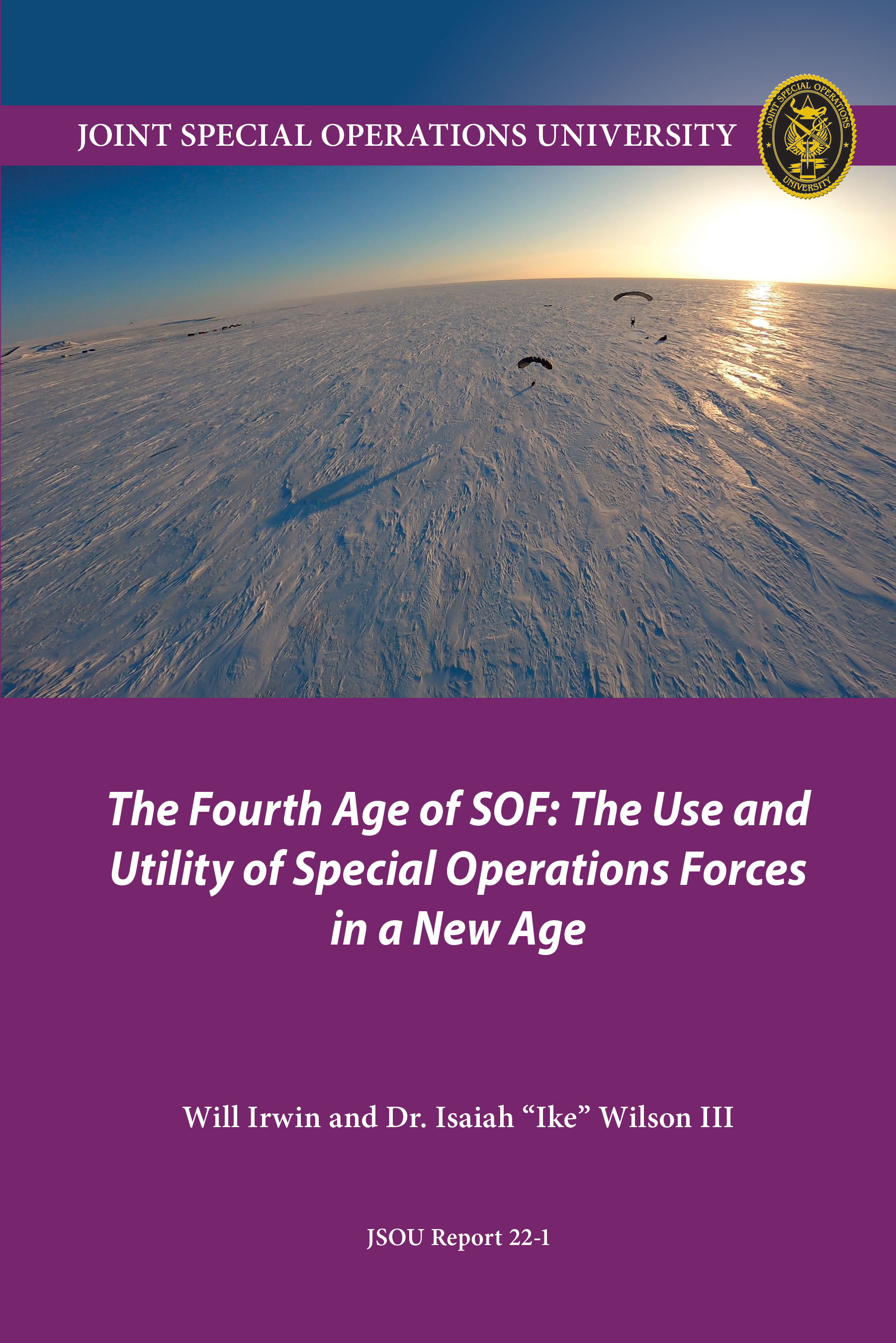 The Fourth Age of SOF: The Use and Utility of Special Operations Forces in a New Age

Authored by:
Will Irwin, Isaiah Wilson
Published on 3/4/2022
297 copies available
Learn more PDF download
Log in to favorite this publication