The Joint Special Operations University Office for Strategic Engagement is proud to present a live ThinkJSOU webinar on 9 November 2022 from 1:00 PM until 2:00 PM EST with author and national security correspondent, Michael R. Gordon.  Dr. Frank Sobchak, JSOU faculty, will be interviewing Michael R. Gordon on his new book Degrade and Destroy: The Inside Story of the War Against the Islamic State, from Barack Obama to Donald Trump.

TOPIC: Degrade and Destroy: The Inside Story of the War Against the Islamic State, from Barack Obama to Donald Trump

·         A confirmation, including Zoom link, meeting code, and passcode will be sent to your email on file

All questions, including account resets, can be directed to ThinkJSOU@JSOU.edu

In the summer of 2014, President Barack Obama faced an unwelcome surprise: insurgents from the Islamic State had seized the Iraqi city of Mosul and proclaimed a new caliphate, which they were ruling with an iron fist and using to launch terrorist attacks abroad. After considerable deliberation, President Obama sent American troops back to Iraq. The new mission was to “degrade and ultimately destroy” ISIS, primarily by advising Iraqi and Syrian partners who would do the bulk of the fighting and by supporting them with airpower and artillery. More than four years later, the caliphate had been dismantled, the cities of Mosul and Raqqa lay in ruins, and several thousand U.S. troops remained to prevent ISIS from making a comeback. The “by, with, and through” strategy was hailed as a template for future campaigns. But how was the war actually fought? What were the key decisions, successes, and failures? And what was learned?
In Degrade and Destroy, the bestselling author and Wall Street Journal national security correspondent Michael R. Gordon reveals the strategy debates, diplomatic gambits, and military operations that shaped the struggle against the Islamic State. With extraordinary access to top U.S. officials and military commanders and to the forces on the battlefield, Gordon offers a riveting narrative that ferrets out some of the war’s most guarded secrets.

Degrade and Destroy takes us inside National Security Council meetings at which Obama and his top aides grapple with early setbacks and discuss whether the war can be won. It also offers the most detailed account to date of how President Donald Trump waged war―delegating greater authority to the Pentagon but jeopardizing the outcome with a rush for the exit. Drawing on his reporting in Iraq and Syria, Gordon documents the closed-door deliberations of U.S. generals with their Iraqi and Syrian counterparts and describes some of the toughest urban battles since World War II. As Americans debate the future of using force abroad, Gordon’s book offers vital insights into how our wars today are fought against militant foes, and the enduring lessons we can draw from them.

By clicking the event registration button above, I acknowledge JSOU's event attendee terms and conditions, and certify that I am who I say I am. 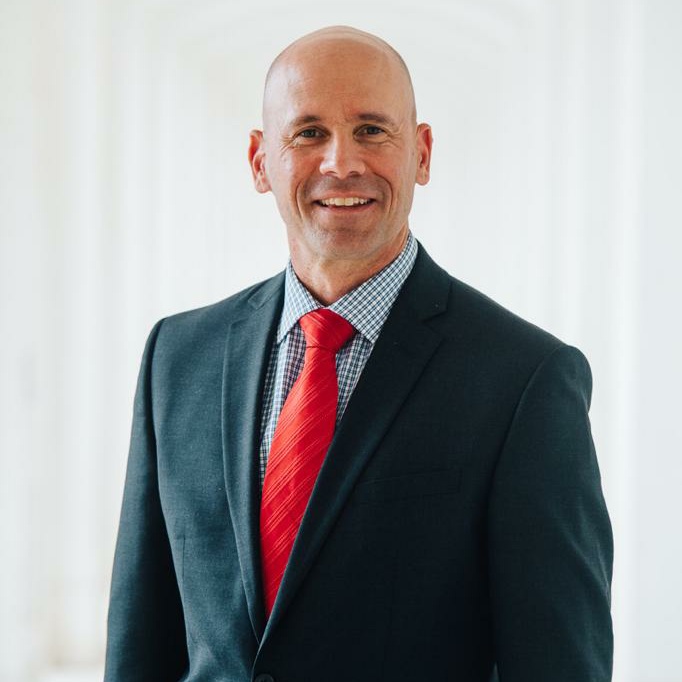 Colonel (Ret.) Frank Sobchak, PhD, has taught at the U.S. Military Academy at West Point, Tufts University, and the Massachusetts Institute of Technology.  He holds a BS in Military History from West Point, a MA in Arab Studies from Georgetown University, and a PhD in International Relations from the Fletcher School of Law and Diplomacy.  During his twenty-six-year career in the U.S. Army, he served in various Special Forces assignments including leading teams and companies in 5th Special Forces Group advising foreign militaries and representing U.S. Special Operations Command as a congressional liaison.  He served in peacekeeping operations in Kosovo and in combat in Iraq.  His final assignments included garrison command (akin to being a mayor or city manager of an Army base) and leading the Army effort to publish an official history of the Iraq War.  That effort spanned five years and included the declassification of over 30,000 pages of documents and several hundred interviews in addition to having access to a similar sized set of documents and interviews that had not yet been released.  The project’s culmination resulted in the publication of the 1,500-page two volume set, The U.S. Army in the Iraq War.  He has been a frequent contributor to television, radio, and print interviews for topics such as Middle East security matters, defense reform, civil military relations, and special operations forces.   He is a contributor (Fellow) at the MirYam Institute and has been published in Newsweek, Time, The Wall Street Journal, The Jerusalem Post, Defense One, The Hill, and the Small Wars Journal.

Michael R. Gordon is the national security correspondent for The Wall Street Journal.

Gordon has covered numerous military conflicts from the field, including the counter-ISIS campaign in Iraq and Syria, the 2003 invasion and occupation of Iraq, the war in Afghanistan, the Kosovo conflict, the Russian intervention in Chechnya, the 1991 Persian Gulf War and the American invasion of Panama.  He has travelled with three secretaries of state and written extensively about diplomatic issues.  Before joining The Wall Street Journal, Gordon was a correspondent for The New York Times for 32 years. From 1996 to 2000, Gordon was based in Moscow, where he served as the New York Times’ Bureau Chief.  Later, he served as the Times’ Chief Military Correspondent

Gordon co-authored three critically acclaimed books with the late Bernard Trainor, a retired Marine Corps lieutenant general. His most recent book, The Endgame, covers political and military events in Iraq from the American-led invasion in 2003 through the withdrawal of American forces at the end of 2011.  The Wall Street Journal listed The Endgame as one of the top ten non-fiction books of the year. James Jeffrey, the former United States Ambassador to Iraq, described it as the most authoritative account of the conflict.

Gordon’s second book, Cobra II, focused on the 2003 invasion and occupation of Iraq. The Economist magazine described Cobra II as a magisterial account that provided mountains of fresh detail on the war’s planning and progress with judicious analysis.

In addition to his writing, Gordon organized and reported an award-winning documentary on the conflict in Chechnya, Deadlock: Russia's Forgotten War, which was broadcast internationally by CNN Presents. He has written articles for The New York Times; Survival, a journal published by the International Institute of Strategic Studies; and Foreign Policy magazine. In 1989, Gordon was awarded the George Polk Award for International Reporting for his work with Stephen Engelberg on the proliferation of nuclear and chemical weapons technologies and Libya’s effort to build a chemical weapons plant. Gordon is a member of the Council on Foreign Relations. He received a B.A. from Colgate University, an M.A. in Philosophy from the Columbia University Graduate School of Arts and Sciences and an M.S. from the Columbia University Graduate School of Journalism.